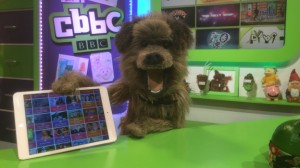 The BBC has launched a channel-focused app for its children’s network CBBC, which will house many of CBBC’s most popular brands.

GO CBBC, which is available for free on Android, iOS and Kindle devices, will feature a range of new games featuring CBBC characters from shows like The Dumping Ground, Wolfblood and Horrible Histories.

Each CBBC programme in the app has its own dedicated show page, and users can create their own GO CBBC profile, which will store their game achievements.

“This is a big milestone for us – we wanted to create an app that complements our channel by opening up a diverse and inspiring world of content for our broad 6 -12 audience. GO CBBC is a ‘one-stop-shop’ – a portal with access to endless opportunities for playful entertainment – the modern day equivalent to Willy Wonka’s everlasting gobstopper,” said CBBC controller Cheryl Taylor.

Patrick Healy, head of Product for BBC Children’s, added: “GO CBBC is full of new ways for our audience to enjoy the things they love. According to Ofcom research earlier this autumn the majority of children in the UK own a mobile phone and now also have access to a tablet at home. Increasingly, we’re seeing our youth audiences interacting with their favourite CBBC brands online and GO CBBC is an extension of this.”