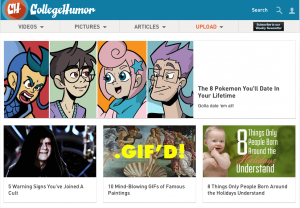 IAC is reportedly looking to sell its stake in comedy video site CollegeHumor following a spate of recent deals in the online content space.

According to a Fortune report, IAC is looking for around US$100 million for the business and is talking to potential buyers, having bought a 51% controlling stake in CollegeHumour back in 2006 for a reported US$20 million.

“As CollegeHumor, we mastered the art of the internet short. Now, as Big Breakfast, we mean to master the arts of film and TV,” said Big Breakfast president, Sam Reich, speaking in January.

News of the planned sale follows Disney’s buyout of YouTube multi-channel network (MCN) Maker Studios earlier this year, while Otter Media, a joint venture of The Chernin Group and US telco AT&T, agreed to buy another leading multichannel operator, Fullscreen, for an undisclosed amount in September.