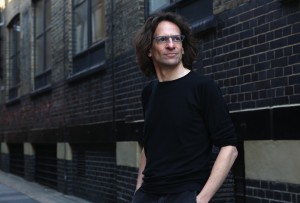 Beamly co-founder and former BBC iPlayer boss Anthony Rose has said that he will split his time 50-50 between Beamly and his new “hobby project”, a social startup called UTD.

Speaking at the Next Generation Advertising Summit in London, Rose said that he and Beamly co-founder, former EMI executive, Ernesto Schmitt “took a step back” from Beamly after it was re-branded from Zeebox earlier this year.

Commenting on UTD, which the pair have set up together, Rose said “I should point out one’s definitely a hobby compared to the other. But we’ll see where we go in a few months time as we try and launch our first product.”

He claimed that the one-week old project had raised only “a twentieth of what Beamly has in the bank” in funding.

“UTD, ironically has Beamly’s old offices in Long Acre, about 100 yards away from Beamly’s larger current offices, and I flip between the two,” said Rose adding: “I suppose it [my time] is probably split half-half at the moment.

Referring to Beamly, Rose said: “I guess like your kids growing up, at some point you give them a bit more freedom and we’ve appointed Jason Forbes, our US general manager as CEO and now it’s time for the company to grow and monetise itself out of our New York office.”

Beamly upped US boss Forbes to CEO of in August, replacing Schmitt who became non-executive president of the group and board member. At the same time, Rose went from being chief technology officer to president of a separate B2B unit at Beamly.

Rose gave the world the first glimpse of UTD in an online video last month. The startup is designed to “remove the friction in the way that people connect,” by pairing people with common interests.