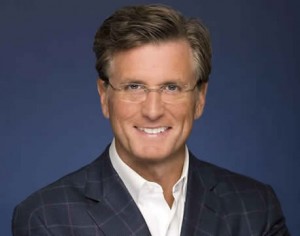 Reilly exited his post as Fox entertainment chairman earlier this year, and was replaced by studio chiefs Dana Waldren and Gary Newman.

He had said at the time that the fatigue of running networks for more than a decade – he was NBC’s entertainment boss before joining Fox – had led to his departure, but he will now become a leading Turner executive.

US trades described his hire as a long courtship.

In the new role, he combines the duties of former Turner Entertainment Networks boss Steve Koonin, who left in April, and Turner’s ex-president of programming Michael Wright. The latter recently joined Steven Spielberg’s film studio DreamWorks as CEO to replace Stacey Snider, who in turn this week was named co-chairman of the Fox film studio.

As CCO of Turner Entertainment, he will chair a newly formed programming council. According to Turner, this will be a “coordinated effort” of senior programming executives from TNT, TBS, Adult Swim and truTV, to explore and develop cross-platform opportunities, expand the content pipeline, and position Turner as a key content partner for other media groups.

“The creation of a chief creative officer role is central to my model for more aggressively engaging in the war for content,” said TBS CEO David Levy, who Reilly will report to from Turner’s LA office.

“Kevin will lead this newly formed council in identifying and securing the best programming available in the marketplace for the full range of consumer platforms to further advantage the Turner entertainment brands.”

Levy added Reilly provided a “tremendous track record of success not only in terms of programming hits but also in the new media arena, where he was among the first broadcast network executives to push for meaningful investment in digital and social media”.

Besides Fox and NBC, Reilly was also head of Fox-owned FX. He was also president of television at Billstein-Grey Entertainment, where he was responsible for shepherding the pilot for HBO’s ground-breaking mafia drama The Sopranos.