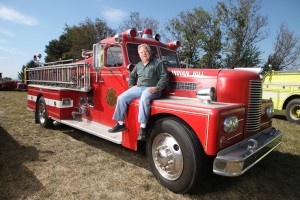 The channel will also see a new original series of 6 x 6 minute webisodes called Rust to Riches’that features a London based father and son team who renovate supercars for City high flyers.

The launch of Barcroft Cars is the first in a series of forthcoming digital channel launches from Barcroft Media, following the recent introduction of long form content onto Barcroft TV in the form of the Barcroft Docs strand.

ITV Studios Global Entertainment, Off the Fence and Zig Zag Productions are amongst the licensors of content on the strand, which streams every Tuesday and Thursday at 19:00 GMT on Barcroft TV.

Barcroft TV will feature selected content from Barcroft Cars, cross promoting the channel to its 672,000 subscribers and the digital platforms that also carry the strand, including the Rightster network, AOL On, MSN< Yahoo Screen, China’s YouKu and Yahoo’s GyaO! in Japan.

“Our original shorts and series – combined with long form titles from our partners – will bring you the amazing world of cars like you’ve never seen before.”