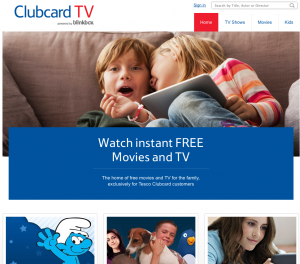 Tesco has reportedly put its movie and TV streaming service Blinkbox up for sale and is said to be considering closing the business if a buyer can’t be found.

According to a Times newspaper report, Tesco is reviewing “all options” for the loss-making business, though CEO Dave Lewis reportedly told senior Blinbox staff of his decision to dispose of the asset on Friday.

Tesco is said to have invested “hundreds of millions” in the on-demand service since buying the business in 2011.

A spokesperson for Tesco said the company would not comment on speculation.

The news comes after Tesco quietly announced it will shut down its Clubcard TV service on October 28, citing a lack of interest.

In a Cubcard TV support post, Tesco said: “We’ve learnt a lot since launching Clubcard TV in March 2013 and whilst many enjoyed our free service, we weren’t getting the level of repeat usage we had hoped for.”

At the time of the post, which was dated August 27, Tesco said that users would still be able to access entertainment through Blinkbox Movies, which offers blockbuster films and hit TV shows on a pay per-title basis.

The ad-supported Clubcard TV offered free movies and TV shows to customers of the supermarket chain and planned to use Clubcard royalty card data to find out “what might be relevant for our customers and therefore help us deliver a more personalised service.”

At launch, the service included “hundreds” of titles, including films like The Assassination of Jesse James by the Coward Robert Ford, The Shawshank Redemption and shows like The Only Way is Essex and Doc Martin.