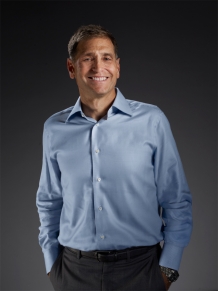 Batter will take up the role on September 2, leading Gracenote’s day-to-day operations, setting its strategic direction and driving growth for the firm’s core metadata and technology businesses.

He will report to Peter Liguori, president and CEO of Tribune Media – Gracenote’s parent company – and joins as Tribune Media aims to expand its metadata business to meet growing international demand from TV and music customers.

“As we look to develop and grow our metadata business, we decided to bring in a CEO with strong operational experience to lead this effort globally. John’s strong digital experience in on-demand streaming services and video games combined with his studio experience make him a terrific fit to lead Gracenote into the future,” said Liguori.

Tribune acquired Gracenote in 2014 and combined it with Tribune Media Services (TMS), a provider of EPG and TV data for North America, Latin America and Europe that has expanded into India, the Middle East and Asia with the acquisition of What’s-ON.

Batter was most recently CEO of M-GO, a streaming service created as a joint venture between DreamWorks Animation and Technicolor.

Prior to M-GO, Batter was president of production at DreamWorks Animation, where he led the company’s worldwide production, post-production, technology and studio finance divisions. Earlier in his career, Batter held leadership roles at videogame firm Electronic Arts.

In July Samsung announced it was closing its Samsung Video and Media Hub at the end of the month, transitioning users over to the M-GO movie and TV rental service.