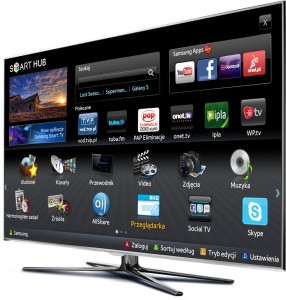 Two in five TVs in German homes are now smart devices, according to a study by consumer electronics trade body the GFU. The study found that 38% of homes have smart TVs, compared with 51% in Switzerland and 33% in Austria.

Over half – 51% – of German smart TV owners said that internet capability was an important factor in leading them to choose their device. About three quarters – 73% – of smart TVs are actually connected to the web in Germany.

A further 12% of TV sets are indirectly connected via game consoles, set-top boxes or other devices.

Flat screens are present in the living rooms of 86% of German homes, according to the GFU study.

Germans are more fearful than their Austrian and Swiss neighbours about possible invasions of privacy via smart TVs. Twenty-six per cent of Germans that have not connected their smart TVs to the web cited privacy concerns as the main reason, compared with 8% of Austrians and 6% of Swiss. Thirty-one per cent of Austrians, 26% of Germans and 22% of Swiss cite technical reasons for not connecting, including slow or non-existent internet connections.

Survey respondents also showed a greater willingness than previously to contemplate purchasing a new TV set, with 12% saying they would like to make a purchase before the end of the year. This compares with 20% planning to buy a new smartphone and 17% planning to invest in or buy a new tablet. The main incentive for new purchases is to get a bigger screen, cited by 78%, with higher resolution images cited by 66%. However, 63% cited internet connectivity as a reason to buy, up sharply from the 2013 survey where only 39% cited this as a purchase incentive.

Awareness of smart TV was also high, with 41% claiming a detailed knowledge of what the term meant and 44% being at least aware of the term. Only 15% said they do not know what the phrase smart TV signified at all. The availability of video-on-demand in Germany is known to 34% of TV viewers. However, only 13% knew the term 4K, beaten by 9% who are aware of the term UHDTV.