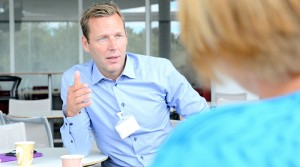 With the deal, TeliaSonera said it will accelerate its nationwide rollout of 4G and said the transaction will increase its mobile market share in Norway to roughly 40%, up from 23%, with its mobile subscription base to increase from 1.6 million to 2.7 million.

“In order to show the benefit of consolidation for the customer, TeliaSonera is accelerating the 4G roll-out to reach 98% population coverage already by 2016 instead of 2018,” said the firm.

TeliaSonera president and CEO Johan Dennelind said that the Tele2 deal represented a “great strategic fit” for the firm and was in line with TeliaSonera’s attempts to strengthen its position in its core markets.

“At the same time it enables us to both faster and further invest and deliver best in class services to the benefit of Norwegian customers and society,” said Dennelind.

The deal is estimated to incur integration costs of between SEK 250-450 million and investments estimated at SEK 350 million in order to handle the increased traffic. “Substantial cost synergies”, estimated to at least SEK 800 million annually from 2016, are also expected, said TeliaSonera.

The acquisition is subject to approval from the Norwegian Competition Authorities and is expected to close in the first quarter of 2015 at the latest.