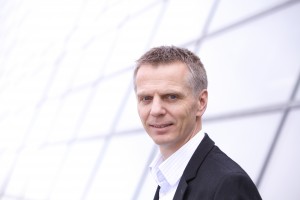 Telenor Group has promoted the senior vice president of its industrial development arm, Ragnar Kårhus, as CEO of Telenor Broadcast and Canal Digital.

The move comes after it was announced last month that Patrik Hofbauer was leaving the Telenor Broadcast and Canal Digital CEO post to become CEO of Telenor Sweden.

Kårhus, who first joined Telenor in 2000, has held several roles at the firm, including CEO of Telenor Norway between 2007 and 2011. He is due to take up his new post on August 1.

Commenting on the appointment, Richard Aa, chairman of Telenor Broadcast and Canal Digital, said: “I am confident that he [Kårhus] and the entire Broadcast organisation will further strengthen Telenor’s position as a leading provider of TV and Broadcast services to enterprises and households in the Nordic region.”

Telenor Broadcast operates in the Nordic TV distribution market, working across European satellite transmission and terrestrial transmission. It consists of Canal Digital, Norkring and Telenor Satellite Broadcasting. The Telenor Content division, which is responsible for content on all platforms within Telenor Group, is also a part of Telenor Broadcast.