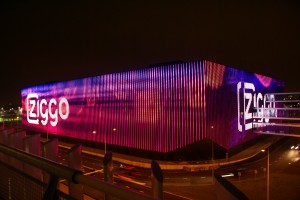 The European Commission has opened an “in-depth investigation” into Liberty Global’s planned buyout of Ziggo after voicing concerns that the deal “may reduce competition” in the Netherlands.

In a statement, the Commission said that it will assess whether the deal is in line with EU merger regulations, adding it is worried the deal may limit competition in a number of pay TV and telecommunications markets in the country.

“The Commission’s initial market investigation indicated that the proposed acquisition would raise competition concerns in the Dutch markets for: the acquisition of individual Dutch language audio visual content; the acquisition of TV channels; the wholesale supply of premium pay TV film channels; and the retail provision of fixed internet access, TV and fixed telephony services,” said the Commission which will now take until 18 September 2014 to make a decision on the matter.

The Commission said that the merger would bring together two of the main players in the Dutch market and the only two suppliers of premium pay TV film channels. Liberty, through its subsidiary UPC, and Ziggo both currently own cable networks in the country.

“At the wholesale level, the Commission found that the proposed acquisition could significantly increase the merged entity’s negotiation power towards content owners and TV channels suppliers. This could, in turn, negatively affect its competitors in retail pay TV and Dutch end consumers,” said the Commission.

It added that the proposed deal could also reduce the competition for the wholesale supply of premium pay TV film channels by combining the Netherlands’ only two linear film channels – Film1 and HBO.

The commission also said that the merged entity may have the ability to shut out competition from new OTT rivals, and claimed that, more broadly, the removal of Ziggo as an autonomous player could allow the remaining competitors in the market, particularly the merged company and KPN, to “coordinate their competitive behaviour and increase prices or delay investments.”

The news will comes as a blow to Liberty, which only this week said it believed it was on track to complete the Ziggo deal in the second half of this year.

“We understand that the European Commission has nearly completed its phase one investigation into our proposed acquisition of Ziggo, the largest cable operator in the Netherlands, and that the case is likely to move to a second phase at the EU level. No final decision has been taken, but we continue to expect closing to occur in the second half of 2014,” said Liberty CEO Mike Fries in the firm’s Q1 earnings announcement.