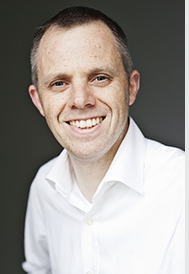 UK free-to-view satellite platform Freesat is to follow up the launch of its Freetime connected TV platform on Panasonic smart TVs with a further launch of the platform on Vestel-owned brands later this year as part of a strategy to expand the presence of Freetime on smart TVs, including those without satellite tuners.

Vestel – the number two supplier of TVs in the UK – will be launching TVs with satellite tuners for the first time in the UK market with Freetime included.

However, the presence of Freetime on Panasonic and other internet-connected TVs will effectively create a UK free-to-view smart TV option for Freeview as well as Freesat TVs ahead of the launch of a planned ‘Freeview Connect’ platform.

Freetime is being rolled out across Panasonic’s current range of smart TVs, including its nine models with Freeview tuners only as well as those with tuners for both satellite and digital-terrestrial reception.

“We have effectively taken over Panasonic TVs,” said Freesat chief technology officer Matthew Huntington of the Freetime integration. “The banner that comes up when you change channels is the Freetime banner, and the guide button on Panasonic’s remote triggers the Freetime app,” Huntington told DTVE.

Huntington said that the work done on the Panasonic integration was “fully portable” and that Vestel, which manufactures brands including Toshiba for the UK market, would add Freetime to its range in the near future.

Previously only Panasonic and Samsung have provided TVs for the UK market with satellite tuners built in.

Panasonic has already made a 4K TV model with a satellite tuner and Freetime inside available to retailers, and will roll out digital-terrestrial-enabled TVs ahead of the full range of satellite and terrestrial TVs being available in shops by June. Huntington told DTVE that Panasonic also planned to extend the Freetime guide to lower-cost TVs in the future.

Huntington said that one of the main attractions of Freetime to TV manufacturers is the backwards-capable EPG that allows users to access catch-up and on-demand services direct from the guide, integrating VoD and linear TV. “The UK is leading this,” he said.

The Freetime smart TV guide gives access to on-demand services and the ‘record’ function available on set-top boxes is blanked out. However, Huntington said that top-of-the-range Panasonic TVs could be connected to a USB hard disk and that Freesat was talking to the company about how to integrate DVR functionality, with other manufacturers also likely to show an interest. However, this will require TVs to include multiple tuners to be attractive to users.

Panasonic will continue to offer its own smart TV portal, which includes subscription video-on-demand service Netflix and other apps, alongside the Freetime platform.

Freesat is also in the process of updating its guide across its set-top box range to give a uniform look and feel with its recently-launched mobile app.

The updated guide includes a redesigned ‘showcase’ feature with images of shows and enhanced information and a redesigned on-demand home screen with two pages to accommodate the BBC News on-demand service, with a ‘reveal’ indicating the presence of the second page at the bottom of the screen.

“The look and feel of ‘showcase’ will be upgraded on our Humax set-top boxes as it already has been on Panasonic’s TVs to be like the mobile app,” said Freesat managing director Emma Scott.

Freesat saw 130,000 downloads of its mobile app in the first 10 days after launch and the number is now “much higher”, said Scott.

The Freesat app is currently only available on iOS devices. The iPad version enables viewing of 4oD and ITV On Demand within the app.

Huntington said that Freesat’s main goal for the fututre development of the mobile app “is to get it on Android”.