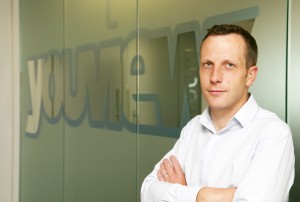 Connected BBC Red Button support and the addition of content from “major international brands” are among the innovations planned for UK connected TV platform YouView this year, according to CEO Richard Halton.

Speaking at TV Connect yesterday, the chief exec said that YouView is now “capable of supporting a potentially infinite number of internet TV channels” following an over-the-air update to YouView boxes that were first brought to market in 2012, and said that it had plans to add more services to the existing YouView offering.

“We have a path of continuing innovation that extends over the course of this year. You’ll see new content from major international brands, you’ll see support for the BBC’s Connected Red Button, which we will launch in time for a quite extraordinary summer of sport in 2014,” said Halton.

He added that YouView was focused on “futureproofing” its service in order to guarantee its long-term success.

“Making sure that we’ve built a technology and an ecosystem that can continue to develop is absolutely vital for retaining our relevance as the world around us continues to develop. The untold story of YouView, which I think is perceived as a broadcaster and network-backed business, is in actual fact it’s a software and technology powerhouse,” said Halton.

“We’re adding more channels and more content as we go, with everything from Sky Store, their new on-demand transactional VoD service that launched just before Christmas, through to S4C, the Welsh public service broadcaster. The YouView model is very broad. We welcome a range of content from all different types of provider,” he added.

Giving an update about the service, Halton said that, 18 months on from its launch, YouView receives around three and a half million on-demand views every single week. “The vast majority of those [YouView] boxes are connected and people are watching three or four half hour shows every single week,” he said.

Halton did not provide a figure for the current number of YouView households or how many boxes had sold to date, simply saying that it was in a “significant number of homes” and is the “fastest growing TV platform in the UK.”

“To give you a sense of YouView’s growth trajectory, more YouView boxes were connected in the UK last year than TVs from the UK’s number one TV provider. If you add together the TVs manufactured by the number two, number three and number four manufacturers in the UK and those that were connected, YouView was bigger than all of those companies combined. So we’re getting to a position of relative scale,” he said.