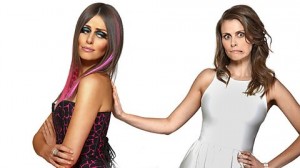 UK public broadcaster the BBC has confirmed that it is putting plans in motion to close youth-skewing digital channel BBC Three in autumn 2015.

BBC management has notified the BBC Trust, the body that governs the pubcaster, of the proposed change. The Trust would need to approve the scrapping of BBC Three, which has been mooted as a cost-saving plan ahead of having its charter renewed in 2017.

The BBC is expected to outline plans to move some content from BBC Three to its catch-up and streaming service iPlayer next week. It remains unclear whether the ‘BBC Three’ brand will remain.

The BBC 6 Music radio channel was saved from being axed in 2010 after a groundswell of support and vocal campaign from listeners, and numerous interested parties, including talent and producers, have begun a similar campaign for BBC Three. The Trust said that it will assess public opinion about the proposed channel closure ahead of making a decision.

A statement issued this morning read: “Any major changes to existing BBC services require approval from the Trust. In this case, we expect to conduct a public value test, including a public consultation, so licence fee payers will have the opportunity to have their say in the process.”

A Public Value Test involves assessments by The Trust and media regulator Ofcom. The Trust then reaches provisional conclusions and consults interested parties before reaching a final, binding conclusion.