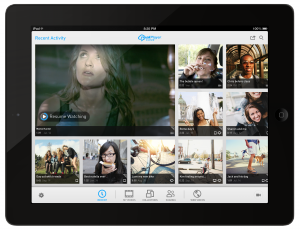 Web streaming specialist RealNetworks has internationally launched its cloud video service, which is designed to make it easy for viewers to move, watch and share content across any device.

Announcing the wider rollout at of RealPlayer Cloud at Mobile World Congress in Barcelona, RealPlayer said the app is now available in French, German and Spanish, with versions in Italian, Japanese, Korean and Portuguese due to follow.

Users can access content from iOS, Android and Windows gadgets, as well as from Kindle Fire tablets and Roku and Chromecast TV streaming devices.

Users can sign up for 2GB of RealPlayer Cloud storage for free, with additional storage priced from US$4.99 per-month (€3.64).