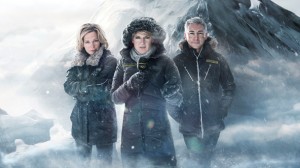 The BBC has unveiled plans to air “the most complete digital coverage of a Winter Olympics Game to date,” with more than 650 hours of live action from Sochi 2014 to be offered online through six HD streams.

Announcing its plans for the Russian games, the BBC said it aimed to build on the digital success of its coverage of the London 2012 games by offering analysis, insight, news and highlights from Sochi 2014 to audiences across any device.

All six live streams will be available through the BBC’s Connected Red Button service on Virgin Media TiVo and Sony Freeview Smart TVs and via the BBC Sport app for connected TVs.

Viewers can also access coverage from the BBC Sport website, which is accessible on PCs, tablets and mobiles, or on the free BBC Sport app for iOS and Android mobiles and tablets.

In terms of linear coverage, the BBC said it will air 200 hours of the games on network TV, plus two red button streams.

“BBC Sport is very proud to be able to offer such extensive coverage from Sochi 2014 – after delivering London 2012 we’re once again at the forefront of bringing the most innovative and accessible multi-platform sports coverage to our audiences,” said Ron Chakraborty, lead executive of major events for BBC Sport.

Coverage starts with the Winter Olympics Opening Ceremony, which will be broadcast live on BBC Two and BBC Two HD from 3.30pm on February 7.