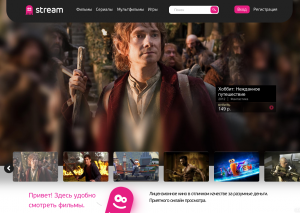 Russian video-on-demand service Stream.ru is gearing up for a Ukrainian launch, with more rollouts in the former-Soviet Commonwealth of Independent States (CIS) planned for this year.

Speaking to DTVE, Stream’s recently appointed CEO Artem Zassoursky said that the firm opened a Ukrainian office a couple of months ago and plans to start operations there this month – in what will mark a “major step for Stream.”

Asked about the firm’s plans for 2014, Zassoursky said “we are definitely going to expand our services into other CIS countries, starting with Ukraine.”

“We believe that Moscow will turn into a knowledge hub and we will be able to extend our services into neighbouring countries. We’ve started preparing for this and have obtained the rights for some music and films already.”

Stream is also looking to improve the quality of its VOD service on all devices – including smart TVs and mobile devices – and is even considering super HD and 3D services. However, Zassoursky cautioned that it “might be too early and ambitious” to discuss these plans “as there is currently no great demand from viewers and contract conditions with the major Hollywood studios are too strict at the moment.”

Stream is a subscription and transactional-based video-on-demand service that is owned by Russian telecoms group Mobile TeleSystems (MTS).

It currently offers movies from all the Hollywood majors and leading Russian cinema production companies, though Zassoursky said the firm is considering diversifying its subscription options, “launching a variety of new subscriptions for those who enjoy Soviet films, Disney, Russian TV series and etc.”

Though Stream is competing in a fast developing digital market in Russia, Zassoursky says he considers VKontakte, a Russian social network that can also be used to share content and illegally download movies, as its biggest rival.

“Piracy is a major concern in Russia. Though I must admit that the new anti-piracy law passed in August this year is an excellent step forwards. There is less illegal video content today on VKontakte or Odnoklassniki today than there was six months ago,” said Zassoursky.