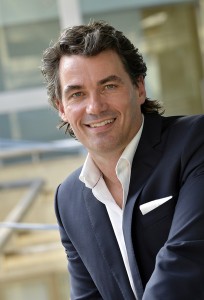 BT CEO Gavin Patterson said that BT Sport had made a “confident start” with more than two million BT customers now signed up for the August-launched suite of sports channels.

He added that the sports line-up was “delivering for the business, helping us achieve a record 93% share of broadband net adds in the quarter, our lowest line losses for five years and 4% revenue growth in our BT Retail Consumer business.”

BT said that consumer revenue increased by 4% for the three months ending September 30 compared to the previous quarter, driven by 17% growth in broadband and TV revenue following the launch of BT Sport in August.

However, adjusted earnings before interest, tax, depreciation and amortisation came in at £1.43 billion (€1.68 billion), down 4% year-on-year, due to the impact of BT’s investment in its sports output, listed in the quarterly earnings as around £140 million.