New SVoD service for UK kids to launch on iPad 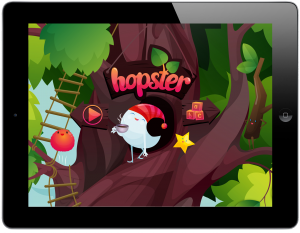 Hopster, a new UK subscription video-on-demand service for pre-school children, is to launch on the iPad in November.

Hopster has secured SVoD rights to Babar, Babar and the Adventures of Badou, Little Bear, Max & Ruby and Maggie & The Ferocious Beast from Nelvana; SuperWhy, Madeline, Paddington Bear and Monster Math Squad from DHX Media; and 64 Zoo Lane, Pablo the Little Red Fox and Louie from Millimages.  The deals total almost 800 episodes with more to be announced in the coming months.

Hopster founder and CEO and former Viacom executive Nick Walters said the service was designed for a touch screen experience and would combine content with interactive games provided by Hopster itself. He said the service would not include any advertising but would be sold as a simple, single-fee subscription offering.

“It is a subscription service and a pure pre-school service with transparent pricing. We will never advertise to kids or do product placement,” Walters told DTVE.  He said that pricing details will be unveiled later but that the services would be “very competitive” with other SVoD offerings.

Walters said Hopster current has rights to about 800 episodes of content but this will soon rise to over 1,000.
Hopster is being launched as a direct-to-consumer offering and no partnerships are in place with third-party distributors. Walthers said the company would market in partnership with kids and family brands and would do its own digital marketing.

“A lot of the problems we are trying to solve is about making the online experience more active. This has resonance with parents as well,” he said.

Hopster will provide an educationally-focused game at the end of each episode that can customise the content that the viewer is watching, he said.

Hopster has developed a proprietary game for the service. “We are not using character intellectual property to brand the service,” he said.

Hopster has worked with child psychologists to work out a service linked to the government’s early years curriculum, said Walters.

The service will launch on iPad exclusively. Walters said that is where the critical mass of users are and the company can create a compelling experience on the platform.

“This is an exciting fast growing space so we are excited about the growth potential. We are an ambitious business,” he said.