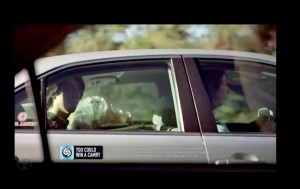 Shazam has raised US$40 million (€46 million) in funding from Latin American telco America Movil in a deal that sees the firms form a “strategic business collaboration” in the region.

“This investment will help support our continued expansion as we seek to become an increasingly important part of people’s everyday lives. With over 350 million users we are excited to be partnering with America Movil to further accelerate our growth throughout the Americas,” said Shazam’s executive chairman, Andrew Fisher.

America Movil owner, Mexican billionaire Carlos Slim, said: “Shazam is defining a new category of media engagement which combines the power of mobile with traditional broadcast media and advertising to create compelling value added experiences for consumers, content providers and brands. We are excited to bring this innovation to America Movil subscribers.”

Shazam started as a music recognition series, branching into TV in 2011 with the launch of Shazam for TV in the United States for advertising and select television programmes. This was expanded in September 2012 to include all US nationwide programming on more than 160 channels.

Shazam CEO Rich Riley said that Shazam’s move into TV has moved the company into an “entirely new phase of growth” with interactive ads generating new sources of revenue people using Shazam more frequently. “We look forward to working with America Movil to launch these services in the region as we seek to increase our ubiquity throughout the world,” he said.

The firm’s last round of funding came in June 2011, when it raised US$32 million led by Kleiner Perkins Caufield and Byers and Institutional Venture Partners (IVP), with existing backer DN Capital also participating.

In April of this year, Shazam appointed former Yahoo! executive Rich Riley as its new CEO, shifting long-term boss Andrew Fisher to the new full-time role of Executive Chairman as it gears up for a planned IPO.