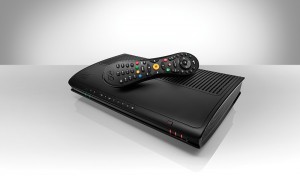 US DVR specialist TiVo reported improved revenues and a lower than expected loss as it logged its biggest increase in subscribers in more than seven years.

For the three months ended April 30, TiVo said that multi-system operator subscriptions increased by 277,000 in the quarter, thanks largely to its partnership with Virgin Media in the UK.

“Virgin Media added 172,000 TiVo subscriptions in its fiscal first quarter, bringing the total to 1.5 million, or 40% of its entire base,” said TiVo president and CEO Tom Rogers.

He added that in Spain, ONO’s recently announced that its TiVo subscription base is now at 166,000, up 68% from three months ago, and said that US cable company Suddenlink now has 80,000 installed TiVo customers after a strong quarter of additions.

“Looking ahead, we’re continuing to focus on our vision of making consumption of television more personalised, with more programming choices customised according to user-defined preferences and accessible from the cloud enabling users to get those programming choices through TiVo on different devices regardless of location,” said Rogers.

“We saw one of the best quarters ever in terms of subscription growth, driven by a number of our existing operator deals in the US and abroad that are fully up and running. As a result, we delivered solid MSO revenue growth, which we expect will only continue as we roll out additional deployments.”