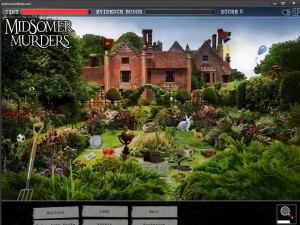 UK programme distributer All3Media International is looking to take its long running drama series Midsomer Murders to a younger audience with the wide rollout of a new social networking extension.

The firm launched a beta version of the Midsomer Murders Facebook game earlier this year, and is now in talks with broadcast partners about rolling it out and promoting it in English language markets such as the US, Canada, and Australia.

All3Media International is also planning to take it into Scandinavia and is looking at translating the programming extension into French and German to target these major European markets, the firm confirmed.

“The show is the main stay of many overseas broadcasters schedule and we do a huge amount of publicity across Scandinavia – where the show is a top 3 title in Sweden and Denmark – France and Germany and Australia. Indeed it’s fair to say it’s active in over 200 territories.  We’ll work closely to target the game with our broadcast partners on the show,” an All3Media spokesperson told DTVE.

The episodic Midsomer Murders game is designed so that players log in each day or week in order to solve virtual murder cases, with the game matching locations that appear on the show.

It was developed with All3Media International, its sister company and show producer Bentley Productions and UK-based games studio Utinni Games.

“We’ve taken a scripted drama with a loyal older profile into quite a young digital space and added gaming elements to it, to bring it to a new audience” said Alle3Media International MD Louise Pedersen.

The game is Midsomer Murders’ first product spin-off and digital extension and coincides with the show’s sixteenth season, which is due to air later this year.