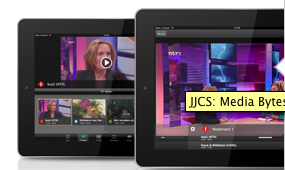 Dutch cable operator Ziggo plans to build out its mobile TV offerings this year, following updates to its TV Everywhere apps in 2012.

In its annual report, the firm said that watching TV via mobile devices is becoming increasingly popular and said that it aims to expand “the availability of our content and services wherever they are and at any time.”

To do this, Ziggo said it plans to build on its Ziggo Hotspot trial from the second half of last year, when it tested the possibilities of using private Ziggo Wi-Fi routers as public hotspots. Ziggo said it now plans to roll this scheme out over 2013 and 2014.

“Our plans for mobile services and related investments underscore our belief that offering unique connectivity to our customers, using various types of infrastructure, will become increasingly important in coming years,” the firm said.

After further mobile updates during the year, in December, Ziggo doubled the number of TV channels for the Ziggo TV app for iOS and Android tablets and smart phones from 24 to 48.

Customers with a standard TV subscription can now view 27 channels. Those with a TV Plus package can view 36 channels and customers with ‘TV Extra’ can all 48 channels. To watch live TV from the app, users need a Ziggo television and internet subscription.

By the end of the year, 617,000 iOS users and 246,000 Android users had downloaded the Ziggo TV app to watch streaming TV via their tablets or smart phones. Ziggo said this “clearly shows the potential of the TV Everywhere concept.”