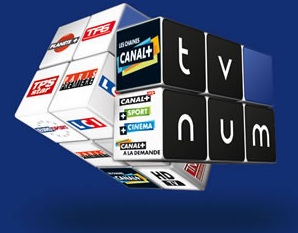 The future of pay TV on the French digital-terrestrial platform has been thrown into further doubt by news that pay TV operator TV Numeric, which distributes a bouquet that includes Eurosport, Paris Première, Planète Plus, LCI , TF6 and CFoot could soon throw in the towel.

TF1 and M6 have already asked to have their respective channels, LCI and Paris Première, moved from pay to free-to-air. TV Numeric plans to launch a video-on-demand service, SelecTV, using a DTT frequency, in April, but the company is now reviewing its plan, according to Bornot.

Canal Plus and TF1 have also developed pay offerings on DTT but with limited success. The latter’s prepaid offer via distributer Boulanger has a base of about 20,000 active cards. Channels Canal J and AB1 have been pulled from the DTT pay platform and CFoot is set to shut down at the end of the current football season. Canal Plus meanwhile has decided to shut down TPS Star and focus on free-to-air channels Direct 8 and Direct Star, formerly owned by Bolloré.