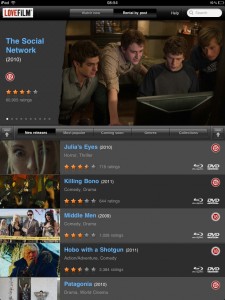 The deal will see the Amazon-owned company add a raft of drama and documentary titles to its subscription video-on-demand service. BBC Worldwide series that will be available include Life on Mars, Spooks, Planet Earth and Whitechapel, while ITV series include Marchlands, Above Suspicion, Prime Suspect, Inspector Morse, Cold Feet and Secret Diary of a Call Girl. BBC Worldwide and ITV join Lovefilm’s other content partners including Sony Pictures, Lionsgate, Disney, Entertainment One, Warner Bros and Studiocanal.

Lisa Rousseau, head of UK and Ireland sales and distribution, BBC Worldwide said: “We’ve had a content partnership with Lovefilm for several years now and it’s great to see this evolve digitally. We’re delighted to give Lovefilm’s subscribers the opportunity to instantly watch their favourite British shows, wherever and whenever they wish, alongside a diverse range of great programmes and films.”

Martin Goswami, director of pay and distribution, ITV said: “We are delighted to be working with Lovefilm to bring a wide range of ITV’s best loved programmes to their subscribers. Partnering with Lovefilm’s instant service is a great example of how ITV is starting to drive new revenue streams by distributing its content across multiple platforms.”