The Xperi experience – interview with Gabriel Cosgrave and Patrick Bryden 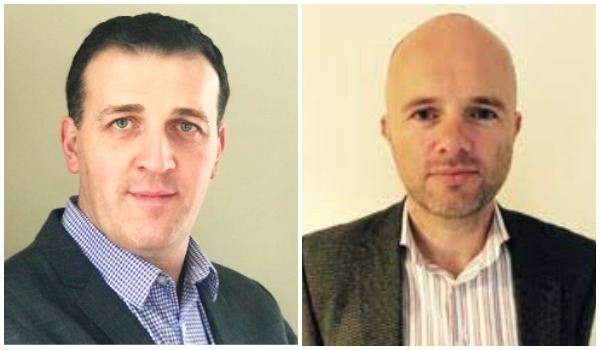 Referring to it as simply the ‘TV’ industry seems overly reductive in 2022; just a moment chatting with Xperi’s senior executives Gabriel Cosgrave (general manager, EMEA, Australia & New Zealand and head of global business operations) and Patrick Byrden (VP business development and strategy) makes one appreciate that fact. They speak with Digital TV Europe about the company’s evolving strategy, and how TiVo has been integrated into the fray.

Xperi was boosted into the spotlight in mid-2020 when it completed its merger with TiVo to create a US$3 billion company. TiVo now sits alongside a portfolio of brands which includes audio tech firm DTS, IMAX Enhanced and AI-driven algorithm tech company Perceive among others across the sector, giving Xperi an in across all aspects of the business both in terms of the old and the new.

“There’s a real breadth of what Xperi does and is involved in,” Cosgrave says. Cosgrave, who joined DTS in 2008 some eight years before it was acquired by Xperi (when it was known as Tessera Technologies), explains that the company has all these brands under its umbrella, the key focus is on the end product and user.

He says: “As a smart home IOT provider we’re in everything from security cameras to the entertainment side of the home like the traditional surround sound cinemas. And then you’ve got mobile phones viewing playback and the multi-room audio ecosystem DTS Play-Fi.

A major area of growth for Xperi is the growing connected car sector. Along with the obvious HD Radio association, Xperi is involved with autonomous driving and has won contracts with major car OEMs for its in-car monitoring solutions. Across these areas of business, including in-car video entertainment, Cosgrave says that Xperi tech is in over 80 million cars around the world.

IMAX Enhanced is also seeing increased attention, thanks to a recent deal with Disney+ to offer more than a dozen Marvel movies in the increased aspect ratio. Cosgrave describes the streamer as ‘huge’ and says that it’s more than just a bigger picture.

“IMAX makes a unique master copy of every movie they make. While there might be variations of the movie of the same title, the IMAX version of the movie is unique to what IMAX does,” he explains.

These are just two aspects of the company’s wide-reaching business, and all without mentioning arguably the best-known brand in Xperi’s arsenal: TiVo.

More than a set-top maker

While TiVo is perhaps most culturally known due to its history in set-top box production (immortalised by an infamous ‘TiVo guy’ in the HBO comedy Curb Your Enthusiasm) its reach extends far beyond the DVR business of old.

As with the rest of the industry a major focus for TiVo in 2022 is streaming. While its efforts in producing its own Android TV streaming device have not expanded outside of the US, the company is now focused on CTV solutions with particular attention being paid to content discoverability and aggregation. 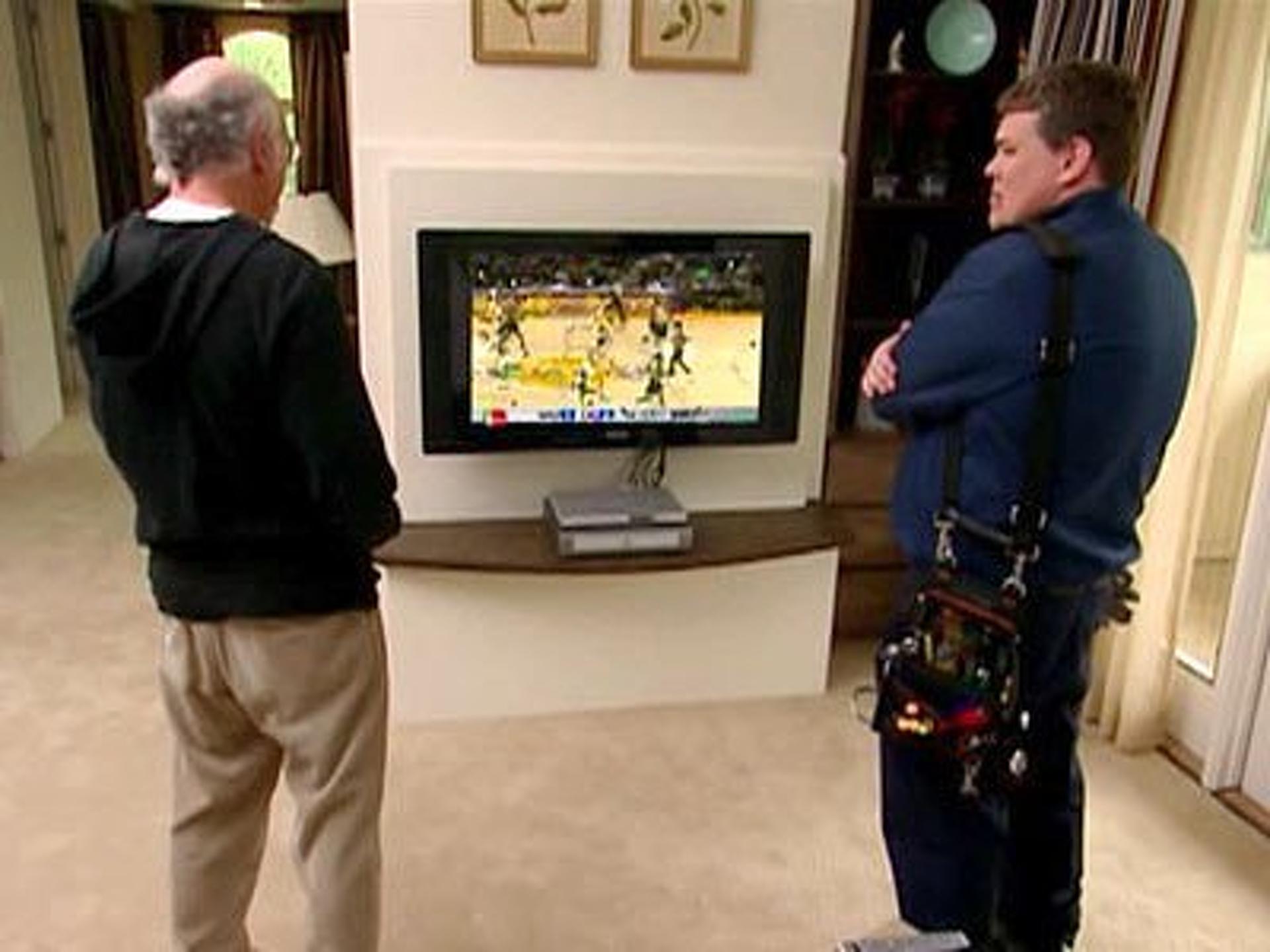 Larry David with a ‘TiVo Guy’ in Curb Your Enthusiasm

This is where TiVo with its DVR history has an upper hand over many of its rivals, offers Bryden.

“With the DVR history, we have a lot of content relationships and one of the things with Stream (4K, the streaming stick) was to utilise those to create a universal search experience. So if you are using a Stream device and click on a title from search we’ll show you all the places that’s available. You can ‘self-subscribe’ your subscriptions on the device where you list what services you have, and then we’ll show you personalised content recommendations specific to the streamers you have access to.

“That was the concept, trying to get an aggregator solution onto devices without diluting the quality of the experience so it doesn’t just become a dongle that sits in the back of the TV and actually adds to the user experience.”

In the streaming age of disparate services, aggregation is something that no one party has properly nailed down just yet. For example Sky’s first attempt at a physical TV, Sky Glass, creates a relatively seamless experience but is still bound to the device’s ‘walled garden’ of supported streaming services.

TiVo’s search tech has also been deployed by “the latest generation of services” from companies including Millicom in Latin America.

Voice, once an additional feature for OTT search, is now becoming an integral part of the aggregation experience, Bryden says. Partnerships around the world have broadened TiVo’s language capabilities, ranging from those in Latin America to European partnerships with the likes of Vodafone and Sky.

The “piece in the middle”, as Bryden describes it, is monetisation. “If you’ve got discoverability and a personalised experience, can you then monetise that? You know pay TV subscribers are going down and content is expensive so how do you leverage that?”

The solution here is what TiVo calls ‘sponsored discovery’, which is promoting personalised content within the UI with that virtual real estate being sold back to the studios.

Bryden gives the example of Disney, saying that they will buy a spot within the UI and then that recommendation will be sent to the target audience. The exec says that this leads to “up to three times click through rates than if you put that through a normal UI.’

He continues: “Part of the experience that we do with our customers is effectively a revenue share. What that means is that the underlying technology that they get as part of the relationship over time starts to decrease in the payment as they’re making more money from the advertising revenue. We’re looking at how we give people services without being extreme and breaking the bank on top of that, and monetisation is one of the ways we can do that for them and for ourselves.”

While TiVo forms a significant pillar for Xperi, it is by no means operating in isolation. The synchronicity between brands is a key part of where the company is going, Cosgrave says.

The lines are being blurred between home, phone and car, and from a business perspective there are significant crossovers, such as phones with IMAX Enhanced and DTS support. 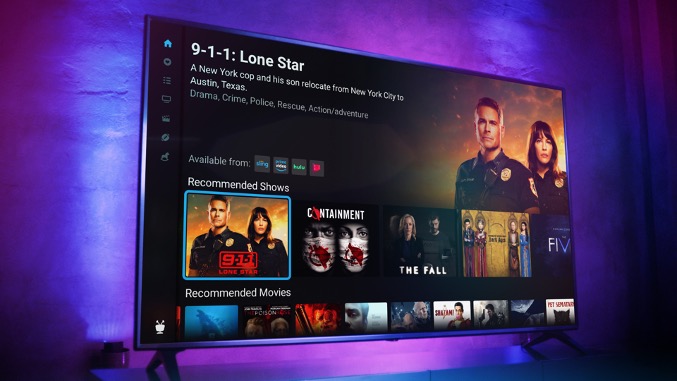 Cosgrave outlines how the walls are being broken down and how Xperi can capitalise: “As we think about where the strategy of the company is going in this world of combined consumer experiences, we see that there are multiple ‘wars’ going on. Not just the streaming wars, but also in the OS levels of TVs with companies like Roku and Amazon pushing OS for some time away from the purely streaming device level.

“You’re combining the UX with the audio playback, with the footprint we have with IMAX Enhanced content and other things as well, along with an OS solution for the TV OEMs who are used to a limiting experience with Android TV. And then you’ve got issues with how to secure content, with Europe being even more challenging there.”

Cosgrave surmises that “Xperi solves all of that in a nutshell by bringing an OS level solution because we have so many content relationships and full-blown monetisation with ad sales teams in the OS and across the ever-expanding footprint.”

This is part of the strategy behind bringing TiVo in line with Xperi’s other brands. This, combined with more than 70 million touchpoints of metadata, creates a company that is well-placed to deal with the ongoing transitions towards OTT and ensuring that traditional players don’t get left behind.

Less than two years after the merger of TiVo and Xperi completed, the former is far more than just one brand within a portfolio. Instead, TiVo has become a core part of Xperi’s strategy for device domination and ultimately whatever the industry throws at it.