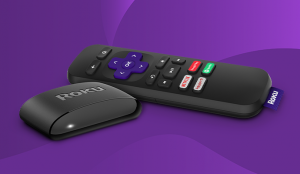 Streaming technology provider Roku has opened a new UK office in Manchester and plans to recruit an additional 50 engineers at the site.

Located in Bruntwood SciTech’s No.1 Circle Square, Roku said it would recruit for over 50 engineering roles before the end of 2022, as well as offering three-month paid internships.

The company will focus initially on recruiting product engineers who will work with Roku TV brand partners on developing Roku TV models, powered by the Roku OS.

Currently, Roku TV models are available in the UK from brands like TCL and Hisense, and in the US Roku has laid claim to be the No one selling smart TV operating system for the last two years.

“Roku was founded on the belief that all TV will be streamed. We are looking for the right talent to continue to change how the world watches television. Manchester is a city steeped in engineering history and famed for its cultural impact on the world, so it is a natural fit for us. In Manchester, we will primarily focus on recruiting software engineering roles in 2022, with the ambition to increase the size of our team there in the next four years,” said Alastair McGeoch, Director of software engineering, Roku on the Manchester office opening.

“Manchester is Roku’s fourth UK office, following London, Cambridge and Cardiff and has an incredible talent pool. Roku is proud to be joining the city’s newest neighbourhood and growing tech sector.”