The CTV Industry Should Look to Improve Security & Fragmentation 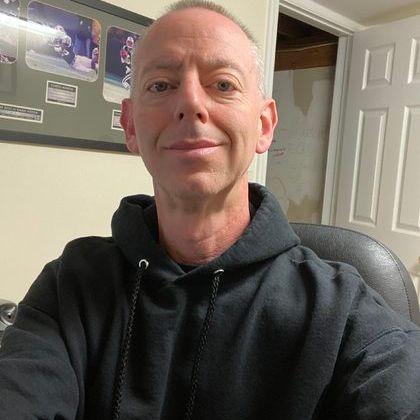 Reid Mitnick is the Director of US Sales for BidMind DSP. With over 20 years of Ad Tech and Media Sales experience, Reid had lead both startups and Fortune 500 companies with expertise in cutting edge advertising ecosystems.

It’s hard to think of a part of the tech industry that has experienced the same level of explosive growth as connected television (CTV) has over the past 18 months. According to a recent study by the Leichtman Research Group, 82% of U.S. TV households now have at least one internet-connected TV device including smart TVs as well as standalone streaming devices like the Amazon Fire TV stick and Roku. When this sort of growth occurs, it opens up considerable opportunities.

And yet, there is a challenge facing advertisers who want to reach new audiences on CTV. Success in this sphere is predicated on targeting the right content to the right person at the right time. Achieving this goal in CTV can be difficult as advertising in this industry does not rely on cookies or other forms of contextual targeting.

For example, with smartphones, advertisers can use mobile identifiers that track apps to understand what content their users are consuming. In CTV, companies have to rely on location-based IP address targeting which has a relatively short life span as companies like Google (as well as state actors) work to limit tracking software that can compromise user privacy. This privacy issue, combined with gaps in user security, has a detrimental effect on the industry.

It’s important to remember at this point just how fragmented the CTV industry is. Users consume content via streaming services through devices like smart TVs, smartphones, game consoles, and other gadgets. Each of these mediums and services has its own method of tracking user data, leaving advertisers relying primarily on IP addresses to target consumers.

This is a problematic method for tracking user behavior for a number of reasons. First, it can be difficult for companies to comply fully with privacy guidelines, as users cannot ‘opt-out’ from being tracked through their IP addresses. Essentially, households have no control over how streaming devices collect and transmit personal data. This lapse poses considerable user safety concerns.

Secondly, IP addresses are inconsistent and assigned dynamically. Multiple individuals in one household, all of whom may have widely different interests and consumer behavior patterns, will be tracked via one IP address that changes frequently. Consider this: about 1.5% of IP addresses in American households change daily. At that rate, the IP addresses of up to 45% of households may change monthly, making it difficult to manage the frequency and quality of ads viewers are exposed to.

If you bombard users with ad content they’re not interested in, they will not be incentivized to buy your products. The result: wasted advertising spending, no household-level exposures recorded, and inaccurate in-flight and post-campaign measurements. How can advertisers deliver a better advertising experience to users in such a fragmented system?

The Identifier for Advertising: A Viable Solution

There’s no way to unify an entire industry at once. However, one solution to this problem may be IAB Tech Lab guidelines, which aim to make it easier for  CTV companies to pass user information safely and efficiently. These guidelines come as an Identifier for Advertising (IFA), a standardized, software-based advertising identifier for CTV that can be disabled and/or reset by the consumer. This makes it similar to mobile ad IDs that have been a common fixture on smartphones for years.

A key aspect of this system includes a 32 hexadecimal code unique to the consumer’s CTV device. There is also a ‘type’ identifier, which can mark where an IFA is generated from (i.e. ifa_type=rida for Roku and ifa_type=idfa for Apple). Also, if a user has opted out of ad tracking, it will be marked with a 1. If they have not, then it’s a 0.

If this IFA is accepted as an industry-wide standard, all market players, including publishers and others like demand-side platforms (DSPs), will be able to track individual users across multiple devices while also increasing ad frequency. Advertisers will also be able to improve the frequency of ad capping and targeting, use sequential advertising, and increase the quality of their data analysis and fraud detection.

As users will be able to limit ad tracking, demand for privacy compliance will be met, improving the public perception of CTV. The data that users will allow companies to track, in essence, will also be of an exponentially increased quality than current efforts, allowing for more accurate ad targeting and an overall improved user experience.

We can be reasonably certain that this IFA system will work for CTV, as it has already been deployed to considerable effect in the mobile and smartphone industry. Cookies are ineffective on mobile devices and with big tech giants like Google phasing them out, it appears their days are numbered. The main challenge the IFA system faces is not in the technology itself but the fragmented nature of the CTV market.

In an industry dominated by big giants like Google and Apple, any change that one of these behemoths introduces (like Google phasing out cookies) makes it easier to adopt new standards. Smaller companies have to follow bigger ones, and the disparate nature of CTV with all its devices, smart TVs, video game consoles and more, makes this more difficult. Getting the industry as a whole to adopt one standard will be a challenge.

The IFA system is of interest to companies like BidMind as we have spent years connecting app developers with audiences, and we can see the need for an industry-standard like the IFA. It’s a good idea that more CTV market players should investigate in further detail. This could help to fulfil, at least in part, the great potential CTV holds for connecting with hard-to-reach audiences that would otherwise be ignored or poorly catered for due to poor data standards.

The IFA system eases the fragmentation issue and ensures that publishers can provide the best possible ad experience regardless of how users navigate across apps and devices. When everyone wins, even the biggest challenges are worth tackling.