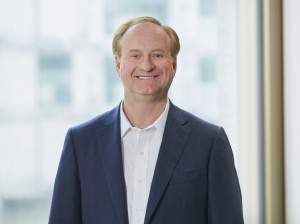 Eric Tveter, CEO, Central Europe Group at Liberty Global, talks to Digital TV Europe’s Stuart Thomson about the need to act locally and the challenges and opportunities of fixed broadband, TV and mobile.

It is a commonplace that the European cable industry remains highly fragmented, with many markets characterised by multiple players that often lack the scale and reach necessary to take on larger telecom rivals. But Europe itself is also highly fragmented, with wide disparities in income levels, spending power, regulation and expectations about what service providers should offer.

For a pan-regional operator such as Liberty Global, this means the synergies of operating at scale have to be weighed alongside the need to operate locally and tailor offerings to local needs.

“Every market has its unique characteristics,” says Eric Tveter, the group’s central Europe chief, whose remit spans central and eastern Europe, from the high-income markets of Switzerland and Austria to less-developed but highly competitive territories such as Hungary and Romania.

“The central European countries are markets with lower ARPU. There is a greater degree of overbuilding than in western Europe. In general the markets are more fragmented and because of the overbuild [factor] they are very competitive,” he says.

Despite the lower income levels in central and eastern Europe, Liberty Global has launched advanced services in each territory that have been well-received, according to Tveter. The key challenge, he adds, is achieving scale in markets that are still highly fragmented.

“For us the challenge in each of those markets where we don’t have the strongest footprint is [scale],” says Tveter. In Poland, the region’s biggest and most important market by far, Liberty Global’s local unit UPC Poland is in the process of acquiring smaller operator Multimedia Polska. However, says Tveter, the company is also committed to further building out its network into new areas where it currently lacks a presence. “We are excited about the M&A opportunities in each of the markets in the region, but we are also excited about expanding our footprint. Last year we build about 600,000 homes passed and we are getting nice penetration in those,” he says.

According to Tveter, incumbent operators are building or extending fibre-to-the-home in the region, but the relatively low revenues per customer means that building new networks is harder to justify from a return-on-investment perspective.

The two advanced western European markets for which Tveter has responsibility are also very different from one another, even if competition is intense in both.

In Switzerland, Tveter’s home base, the local UPC operation has significant scale and is battling it out for supremacy with Swisscom. There have recently been signs that UPC Switzerland is gaining an advantage. Tveter says the company had a reputation as “the worst brand” when he joined the company, but that it had succeeded in turning perceptions around to the point where it is now regarded by consumers as the number two brand after Swisscom.

“We have come a long way and we have evolved the brand by focusing on the customers and using that as a way to differentiate,” says Tveter. As a result, he says, UPC has managed to increase revenues at a rate above the market average.

The Swiss broadband market remains highly competitive, with Swisscom and municipal networks rolling out fibre, which currently covers about 30% of the country. According to Tveter, however, Swisscom has slowed down its rollout on cost grounds while municipalities have been unable to achieve high take-up. This, he says, can be contrasted with UPC which has secured 40% penetration in the areas where it is present and 25% penetration nationally.

UPC Switzerland currently offers a 500Mbps internet offering, which Tveter says has been taken up by a small proportion of subscribers “that will increase over time” and has launched a 1Gbps service in one area.

Tveter is enthusiastic about the mobile opportunity in key markets including Switzerland and Poland, where Liberty is planning a soft mobile launch later this year. 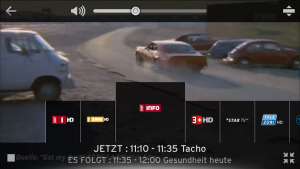 “The market is very open for fixed-mobile convergence. We have a successful year in mobile in Switzerland as well as other markets. We have a soft-launch in Poland planned for later this year and we are excited about mobile in some of our markets,” he says. “Fixed-mobile convergence helps us reduce churn, excluding the lower-end part of the base that wouldn’t buy such an offer anyway.”

“Horizon in general, including on-the-go features is very highly valued,” says Tveter. UPC Switzerland’s Replay TV service – offering seven-day catch-up via a reverse EPG – is also “highly regarded”, he says. UPC Central Europe is currently extending this service to Horizon Go users in Austria and will launch it on the set-top version of Horizon in the second quarter.

Other recent popular innovations on the TV side include the integration of Netflix on the Horizon platform in December. Tveter says UPC also intends to launch German subscription premium sports service DAZN – initially for CHF12 in Switzerland and which will be available for €12 in Austria – bringing additional sports content to subscribers in both markets.

In sports, UPC Switzerland is also competing in the premium market by securing the rights to Swiss ice-hockey, which will form the lynchpin of a new premium sports offering, MySports. MySports will launch this summer, providing coverage of US sports including NHL hockey in addition to the Swiss contest. Tveter says that UPC will not sub-license the hockey rights, but will use them as a competitive tool against Swisscom.

“MySports will launch in Switzerland this year with one basic pay channel and 10 premium channels, with ice-hockey as a pillar as it’s the most valued sport in Switzerland and runs for most of the year except for a couple of months in the summer,” says Tveter. The service will be marketed at a lower price point than existing Swisscom-backed premium service Teleclub, says Tveter.

In addition to extending its own carriage deal with Teleclub to 2019, Tveter says that UPC plans to make further sports-related announcements shortly.

While TV and broadband are at the core of the company’s offering across all the territories in which it is present, Liberty Global has adopted a market-by-market approach to the mobile business, ranging from full joint-venture integration with Vodafone in the Netherlands to MVNO agreements in multiple markets.

In Switzerland UPC has a MVNO agreement in place with the country’s third operator Salt, owned by French media and telecoms entrepreneur Xavier Niel. For Tveter, this represents the most appropriate strategy for the market, contributing to the operator’s growing ARPU without requiring a massive investment.

In Austria, UPC’s fixed footprint isn’t large enough to justify a huge investment in mobile, according to Tveter. The company has “a good MVNO agreement” in place, he says. “Our MVNO arrangements will suffice for us. We take a market-by-market approach, and in Switzerland we are growing nicely with good margins thanks to our partnership with Salt,” he says.

Expansion plans on the fixed side, on the other hand, are “multi-pronged”, says Tveter.

Such agreements are typical of Liberty Global’s pragmatic approach to its business. While it is committed to further building out its fixed network – the jewel in the company’s crown – and developing common core technology to serve that fixed business, including on the TV side, Liberty takes a highly opportunistic approach to other elements such as content acquisition and mobile agreements. It is an approach that has so far served it well.