Disney+ has gained 7.9 million new subscribers in its fiscal second quarter of 2022, with the Mouse House-owned service now claiming a total of 137.7 million worldwide.

The figure surpasses Wall Street expectations, which had predicted that the Walt Disney Company streamer, which carries shows such as Moon Knight, Pam & Tommy and The Book Of Boba Fett, would acquire close to five million new subscribers in the quarter.

Disney+ now has 44.4 million subscribers in the US and Canada, up from 37.3 million the same time last year, while internationally, its subscriber base has risen to 43.2 million from 31.1 million in 2021.

These figures do not include India’s Disney+ Hotstar, which has 50.1 million subscribers, jumping by 42% from 35.2 million in 2021 and demonstrating the potential for rapid growth in the competitive Indian market.

Altogether, the Disney+ subscriber base has risen 33% in the last year, with its 137.7 million total up from 129.8 million in Q1 and 103.6 million in Q2 2021. Disney+’s results will bring some much-sought reassurance to investors in the sector, coming as a sharp contrast to the 200,000 subscribers lost by streaming rival Netflix, as revealed in its Q1 2022 results last month.

It also adds some fuel to recent analyst predictions that Disney+, which currently trails behind Netflix’s 222 million subscribers, will become the biggest streaming service in the world by 2027.

Disney’s other streaming services also saw strong subscriber growth, particularly the sports-focused ESPN+ leaping 62% to a total of 22.3 million, up from 13.8 million in 2021, while Hulu hit 45.6 million subs, up from last year’s 41.6 million.

All these new subscribers translated into a 23% increase in direct-to-consumer revenues for the quarter, up to $4.9bn. Disney’s linear networks, meanwhile, also saw revenue increase by 5% to $7.1bn in the quarter, while its domestic channel revenue rose by 8% to $5.8bn. 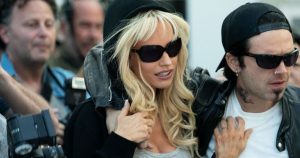 Disney international channels revenue, however, decreased by 3% to $1.3bn, which Disney put down to “lower affiliate revenue and an increase in programming and production costs, partially offset by advertising revenue growth.”

The media giant’s content sales and licensing revenues for the quarter also took a 3% hit to $1.9bn, while the segment operating income took a substantial drop to $16m from $312m.

Disney said that this decrease was due to a decrease in sales of episodic television content, which had been driven by popular shows like Modern Family and How I Met Your Mother in the prior-year quarter. This was also impacted by a decrease the sales of catalog titles in the quarter.

“Our strong results in the second quarter, including fantastic performance at our domestic parks and continued growth of our streaming services –with 7.9 million Disney+ subscribers added in the quarter and total subscriptions across all our DTC offerings exceeding 205 million – once again proved that we are in a league of our own,” said Disney CEO Bob Chapek.

“As we look ahead to Disney’s second century, I am confident we will continue to transform entertainment by combining extraordinary storytelling with innovative technology to create an even larger, more connected, and magical Disney universe for families and fans around the world.”