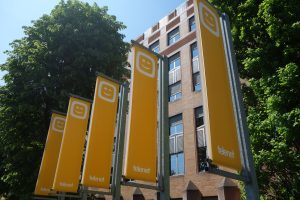 The company saw take up of its ONE(Up) FMC bundles grow by 22,700. However broadband subs rise by only 2,900 over the period. Post-paid mobile customers grew by 8,800.

Telenet confirmed its full-year guidance and said it expected revenue and adjusted ABITDA trends to improve in the second half of the year.

Telenet said it now expected its agreement on building a joint fibre network with Fluvius to progress to legal agreements by the time it reported its first-half results, meaning the timetable for this is slightly delayed.

The company posted revenue of €644.8 million for Q1, flat year-on-year, in part due to exceptional items.

Q1 adjusted EBITDA was down 2% to €328.5 million, driven by what the company described as a tough comparison base because of certain one-off elements last year, as well as the impact of higher inflation on staff and other costs.

Q1 also saw Telenet strike an agreement to sell its mobile tower business to DigitalBridge Group, which is expected to close in the second quarter.