Mahon and Dorries set out opposing cases on C4 future 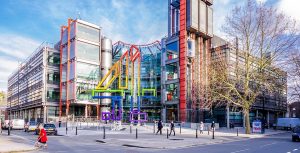 Debate over the future of commercially funded UK pubcaster Channel 4 heated up over the weekend, with its CEO Alex Mahon and UK culture secretary Nadine Dorries both arguing their cases in national newspapers.

It was announced last week that Dorries had given the go-ahead for Channel 4 to be privatised by the UK government, despite fervent industry opposition to the move.

ITV, Sky and Discovery are reportedly among those interested in buying the channel, which is behind shows such as It’s A Sin, and is expected to be sold for around £1bn ($1.3bn).

Writing in The Mail On Sunday yesterday, Dorries criticised detractors of the plan as a “leftie lynch mob” that “refuses to accept what is best for British TV.”

Dorries said that UK indies are flourishing, with just 7% of the industry’s revenue coming from Channel 4, noting that “because of the way Channel 4 is owned, it cannot build a back catalogue to export, or have an in-house studio to create and sell content. Instead it relies almost entirely on advertising, which is increasingly migrating online.”

While describing the channel as a “digital asset” Dorries said that “its salad days are in the past.”

She wrote: “It is time to look to a grown-up future against the backdrop of a digital future. We believe we can sell Channel 4 to a buyer who will fund emerging talent, independent and impartial news, and invest in every corner of the UK,” adding: “It would be irresponsible for any government to sit back and allow the status quo to continue.”

Channel 4 CEO Alex Mahon, meanwhile, penned her own piece for the Sunday Times, in which she restated her firm opposition to the planned sale.

She wrote: “We already lead UK television in making the transition from traditional to online advertising revenues, and we know that many British consumers want content for free and are ready for the digital future. The plan we proposed to government as an alternative to privatisation accelerates our existing digital strategy as well as multiplying the secondary benefits of public ownership, such as job creation and skills building outside London — in places where private media companies generally don’t invest.”

“Others have pointed out that we are very different to Amazon and Netflix: they are not trying to compete with the shows we make in Hull or Derry or Leeds, nor are they sending journalists out to Ukraine.

“In essence, we suggested we use more of our money to do more for Britain. Our plan to keep Channel 4 in public hands would deliver 100,000 training places for young people outside London who would otherwise never get the chance to taste life in the media. That would be starting immediately, continuing for the next decade and delivering £2 billion of value.”