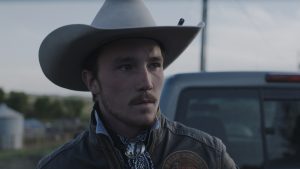 The launch of Rialto in Australia on Samsung TV Plus last year was the first step in extending its reach beyond New Zealand. Rialto’s goal moving forward is to build a premier cross-border curator and packager of branded television services focused on independent film for multiplatform distribution, whether though streaming media or traditional linear viewing.

The Rialto branded channel in Japan will feature films including Chloe Zhao’s The Rider; Peter Bogdanovich’s The Last Picture Show; Gus Van Sant’s Finding Forrester and Don Cheadle’s Miles Ahead, among others.

“Independent film has never been so popular, yet the number of branded services bringing independent film offerings across the world on a multiplatform basis is few and far between,” said Tuchman. “In today’s entertainment world, both linear TV channels and streaming services are searching for marquee offerings to attract and maintain viewership. We are thrilled to launch on Prime Video in Japan with a focus on independent film. Our design since rolling out our new venture is to set a high bar and secure partnerships with blue chip brands in both streaming and traditional media.  Prime Videounderscores this perfectly and nicely compliments the relationships we already have with Samsung and Sky, with more deals to come,” said Tuchman.

“Over the past two decades, Rialto has delivered and continues to bring a plethora of Independent films which emphasizes the ultimate in creative freedom. The Rialto brand is built on this premise and we are excited to be launching to new territories such as Japan.  We look forward to working closely with Prime Video Japan and to reaching new audiences, while offering consumers choice and must-see content,” said Wylie.