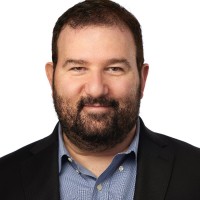 In this new role, Leo will be responsible for driving a strategic and systematic approach to content strategy from advanced planning, programming, production, and distribution across all Canela Media platforms including Canela TV and Canela Music, accordnig to the company.

Prior to joining Canela Media he was the EVP of Bravo programme strategy and production at Bravo Media and EVP, Oxygen programme strategy.  Earlier in his career, he worked as VP of VH1 Program Planning, and had stints at NBC, E!, and MTV.

Launched in 2020, Canela TV offered an AVOD streaming services for US Hispanics/Latinos, and is now approaching 10 million downloads, according to the company.

Canela TV also has distribution of FAST channels through partners such as Samsung, XUMO and LG. Canela Music launched in 2021 with a variety of music genres and original content. Canela Media reaches over 50 million users across their OTT products and 180 Spanish content sites.

Canela Media recently completed a US$32 million Series A funding round.

Isabel Rafferty, founder & CEO of CanelaMedia, said: “The most effective media campaigns are led by people who understand the consumer who also have entertainment expertise to develop a compelling story with great impact. Jerry brings to Canela Media extensive industry knowledge combined with keen programming instincts, someone who understands where and when to market content and how best to create it. We are lucky to have Jerry join our executive team and help brands realize the full potential of the meaningful connections they will make with multicultural audiences.”