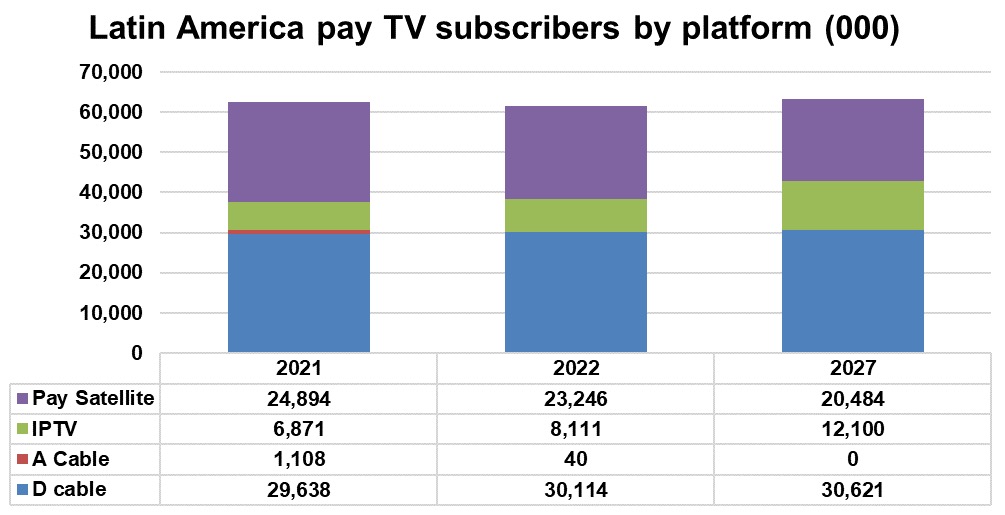 According to Digital TV Research, the number of Latin American pay TV subscribers will remain around 62 million over the next few years. This is down from a peak of 73 million in 2017, but the research firm claims there will be minor growth going forward.

IPTV however will be the biggest winner, adding more than 5 million subscribers. The growth of cord-cutting in the region will see IPTV services grow from 6.88 million subscribers in 2021 to almost double that total in 2027 with 12.1 million.