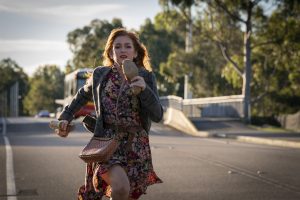 Middle East pay TV operator OSN has expanded its partnership with Endeavor Content, with the addition of new content on an exclusive basis for its service.

The line-up of content includes romcom Wolf Like Me, Michael Mann-directed HBO Max crime series Tokyo Vice and drama series Conversations with Friends and Tell Me Your Secrets.

Other shows coming to OSN include the fourth and last season of the spy drama Killing Eve.

All series will be available exclusively to OSN customers across its streaming app and channels.

“We are excited to extend our relationship with OSN with this slate of new, original and best-in-category titles that showcase dynamic storytelling with an international appeal,” said Prentiss Fraser, EVP TV Distribution at Endeavor Content.

“Endeavor Content has one of the most exciting slates in the business, working with some of the world’s most extraordinary creative voices. We couldn’t be more excited to expand on our partnership to bring some of 2022’s most anticipated shows exclusively to OSN subscribers in the Middle East.  In addition to an incredible line-up from Warner Bros and HBO, this deal is yet another step towards bringing the very best of TV entertainment to OSN’s customers,” said Nick Forward, managing director Streaming and chief content officer at OSN.