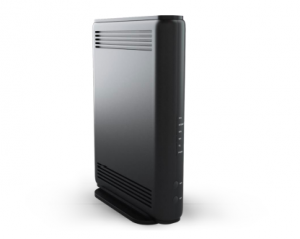 French service provider SFR, owned by Altice Group, has launched a new 8Gbps capable box, the SFR Box 8X, in a move that is seen by some observers as a direct challenge to rival Free.

The SFR Box 8X, produced by Altice Labs, is a fibre modem capable of delivering speeds of up to 8Gbps. The device uses the most up-to-date fibre technology, XGS-PON, and is WiFi 6-capable.

SFR said the box was ideally suited to the evolving needs of the market, centred on tele-working, gaming, transfers of large files and streaming.

While the box comes with four Ethernet ports – capable of delivering a maximum speed of 1Gbps each – users have the possibility of adding a high-speed Ethernet connection via an optional SFP module to deliver theoretical speeds of up to 8Gbps speeds over a local area network.

On the video side the box has the same functionality as the previous SFR Box 8, enabling 4K HDR with Dolby Vision and Dolby Atmos sound quality. It comes with an OK SFR voice assistant capability to enable users to control the TV without recourse to their remote control, along with Amazon’s Alexa.

“The SFR Box 8X brings together the most powerful fibre and WiFi technologies in the market and it improved the user experience across all the functionalities already present with the SFR Box 8. After having been the first French operator to offer the very latest generation of WiFi, WiFi 6, SFR is innovating by bringing this technology with fibre download speeds of up to 8Gbps. SFR is thus furthering its ambition of establishing a new standard in the market that offers an unequalled ease of use,” said Grégory Rabuel, CEO of SFR and Altice France.

The launch is seen in part as a continuation of SFR’s competitive battle with Free, which launched the Freebox Delta in 2018 with a promise of delivering speeds of ‘up to 10Gbps’.

Unlike Free’s device, which uses the 10G-EPON technology and is only WiFi 5-capable, the SFR Box 8X uses the more up-to-date XGS-PON standard, enabling it – in theory – to delivery symmetrical bandwidth, although SFR is not proposing this at present. Both boxes can deliver up to 8Gbps downstream.