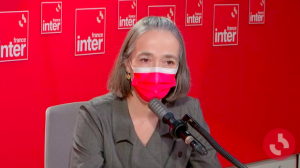 Speaking on France Inter, Ernotte did not reveal how many of these subscribers were actually paying for the service. The total number cited also falls short of Salto’s original objective of signing up one million subs by the end of 2021.

Defending Salto’s record to date, Ernotte said that the service was “just starting, and making progress”. She said that “Salto has a future”, dampening speculation that its backers may consider closing the service.

In a wide-ranging interview, Ernotte defended the record of France Télévisions as a source of plurality and dismissed criticism by far-right presidential candidate Eric Zemmour, who has threatened to privatise the organisation if he is elected.

Regarding the broadcaster’s financing, she argued that every €1 invested in the pubcaster generated €3 in return thanks to its role in supporting content creation in the country, which was also a major source of its cultural exports.

Asked about the planned merger of commercial broadcasters TF1 and M6 – France Télévisions’ partners in the Salto venture – Ernotte said that a condition of their merger should be the maintenance of a strong public broadcaster.

Asked if she harboured ambitions to return to Orange – currently seeking a new CEO in the wake of the announced departure of Stéphane Richard – Ernotte said she intended to continue as president of France Télévisions until the end of her term.