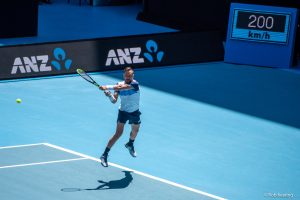 beIN Asia Pacific, the region’s offshoot of the Qatari media group, has picked up exclusive rights to the Australian Open in 10 territories across the Asia-Pacific region in a five-year deal.

The deal will also include rights to this week’s Adelaide International (ATP 250) Tournament.

This is the latest rights buy for beIN in the region, and complements a portfolio which includes Roland-Garros, UEFA club competitions and Ligue 1.

Mike Kerr, managing director of beIN Asia Pacific, said: “We are committed to delivering a strong tennis offering in this region, and thrilled to have acquired the Australian Open.  Known as the Grand Slam of Asia Pacific, fans can look forward to unparalleled access to the matches, off-court moments, player stories, and more across all screens.  We look forward to working alongside Tennis Australia to bring in new audiences and increase fan engagement like never before.”

Craig Tiley, Australian Open Tournament Director, said: “As the Grand Slam of Asia-Pacific, we are delighted to extend our agreement with beIN Sports to cover South East Asia, after years of successful collaboration with them in the Middle East and Northern Africa.”