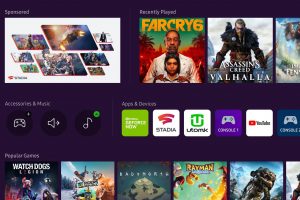 The game streamers, which provide access to major AAA titles including Ubisoft’s Far Cry and Assassin’s Creed series, will sit within a new Samsung Gaming Hub. Nvidia and Google’s respective game streamers will be accessible alongside the lesser known Utomik, “with more to follow”.

In comments to The Verge, Samsung gaming product director Mike Lucero said that the company is “starting with our 2022 models” and that it is “working to make the Gaming Hub available to even more Samsung customers.”

Few details have been revealed by Samsung, with the addition of cloud gaming being but a bullet point in a bumper press release which details other UX features coming to Samsung TVs in 2022.

Other features include a new Watch Together app which will allow users to video chat while watching shows and movies together, along with a ‘Smart Calibration’ feature that allows users to calibrate their screen within 30 seconds. 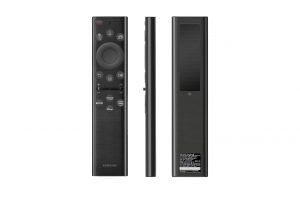 Elsewhere, the company has revealed a new TV remote which promises to be its most environmentally conscious to date.

An update to 2021’s Eco Remote which charges via solar energy, the new model has added the ability to collect “​​routers’ radio waves and convert them to energy” via RF harvesting. The remote is also chargeable via USB-C.

Samsung had previously said that switching to solar-powered remotes could avoid 99 million discarded batteries over the course of seven years.