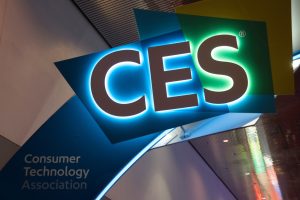 The 2022 Consumer Electronics Show (CES) will close a day early, the event organisers have confirmed.

The event, which takes place as the Omicron Covid-19 variant spreads across the US, has been significantly impacted by major exhibitor withdrawals. More than 150 companies – ranging from tech giants Google and Microsoft to automakers like Volvo and Mercedes-Benz – had all announced that they would not be in attendance at the world’s largest consumer tech show.

In spite of record numbers of Covid cases, the Consumer Technology Association (CTA) will still go ahead with the event this week, which will now run from January 5-7. Attendees will be required to provide proof of Covid-19 vaccination and wear a facemask during the show, which the CTA has requested that visitors also test for infection less than 24 hours before entering a CES venue.

In a statement, Gary Shapiro, president and CEO of the CTA, said: “As the world’s most influential technology event, CES is steadfast in its pledge to be the gathering place to showcase products and discuss ideas that will ultimately make our lives better. We are shortening the show to three days and have put in place comprehensive health measures for the safety of all attendees and participants.”

The announcement comes several weeks after the broadcasting industry’s largest industry show, IBC, was cancelled as an in-person event. While this was largely due to new lockdown restrictions being implemented in the Netherlands, the absence of any such restrictions in Nevada on a state or federal level has meant that CES can still go ahead – albeit now on a smaller scale.