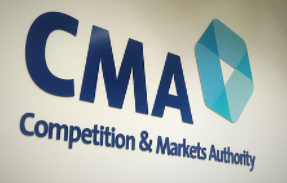 Google and Apple are exercising a “vice-like-grip” over mobile devices and steps may be necessary to remedy the impact of their effective duopoly, according to UK regulator the Competition and Markets Authority.

According to the competition watchdog, the pair have been able to create self-contained ecosystems that effectively shut out third-party providers.

Following the probe initiated by the CMA earlier this year, the regulator has recommended that it should be made easier for users to switch between iOS and Android phones without losing functionality or data, it should be easier to install apps through methods other than the Apple Ad ‘store, including ‘web apps’.

The CMA also recommends that all apps should give users the choice of how they pay in the app for services, rather than being tied to Apple and Google’s payment systems, and that it should be easier for users to choose alternative browsers and other services, deciding which browser to use as a default.

If the UK government’s goes ahead with plans to create a new competition regime for digital markets, a new Digital Markets Unit that sits within the CMA will have the power to decide which firms are categorised as having ‘strategic market status’, which would lead them to being subject to legally enforceable codes of conduct.

The CMA says its work so far suggest that Apple and Google would meet the criteria for strategic market status for a number of their activities.

Ahead of these changes, the regulator is going ahead with investigations into Apple’s App Store and Google’s privacy plans over competition concerns.

The CMA will consult on its initial findings on the overall mobile ecosystem until February 7, with a final report expected in June.