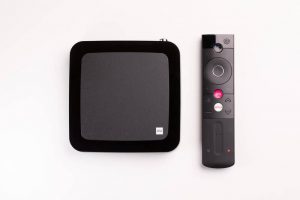 The new box is described as smaller and twice as efficient as the previous devices. The device enables users to combine TV channels, streaming and other applications in a single interface and also includes voice-based search.

The first DNA Hubi box was launched in 2017. The second-generation device increases the amount of main memory available from 2GB to 3GB, and the internal memory has been doubled. DNA says that the device can store up to 16GB worth of programmes without the use of external hard drives.

The Android TV-based box enables viewers to watch both traditional TV and video-on-demand services and supports 4K image quality, as well as providing the ability to download games and music services.

The enhanced Hubi service includes a storage option that can be ordered from the UI that allows users to record programmes from free and certain pay TV channels indefinitely.

“Technical improvements are essential in product development, but the most important thing is of course the usability and functionality of the device at home. The Extra Power Rating processor will bring improved operating reliability, and built-in memory allows you to record more and more without any external hard disks,” said DNA’s product development director Ville Partanen

“As the device shrinks in size, there is more technology to fit inside. The increase in power will allow, for example, Android TV 10 to be used as the device’s operating system and ensure upgrade opportunities for a long time.”