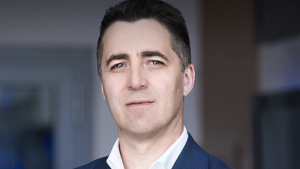 United Group announced on Wednesday that it has appointed Andreev, currently CEO of Nova Broadcastng Group, as CEO of Vivacom, effective 1 December.

Andreev succeeds Atanas Dobrev who announced in August that he would step down.

United Group said Gerkens, United Media director for programming, production and advertising sales, would take over as CEO of Nova. The exec, who has previously served as CEO of RTL Klub and CEO of TV2 in Hungary, will combine his responsibilities as Nova’s CEO with his United Media leadership role.

Gerkens joined United Group last year and is part of the United Media Board of Directors. He has been closely involved in the management of Nova Broadcasting Group since it was acquired by United Group nearly a year ago.

“We’re delighted to be naming two established leaders today. Niki is a highly versatile professional who has proven his leadership qualities across several industries. He’s done a fantastic job developing Nova into the successful operation it is today. And Dirk is a much-respected European TV executive with over 25 years of industry experience,” said United Group CEO Victoriya Boklag.

“On behalf of the Board, I want to thank Atanas for his leadership in building Vivacom as CEO over the past 8.5 years and for successfully integrating the business into United Group. I’m pleased to appoint a very successful leader from within the Group to carry on his work. The Bulgarian market and our businesses here are very important to United Group. I’m certain that both Vivacom and Nova will continue to go from strength to strength.”