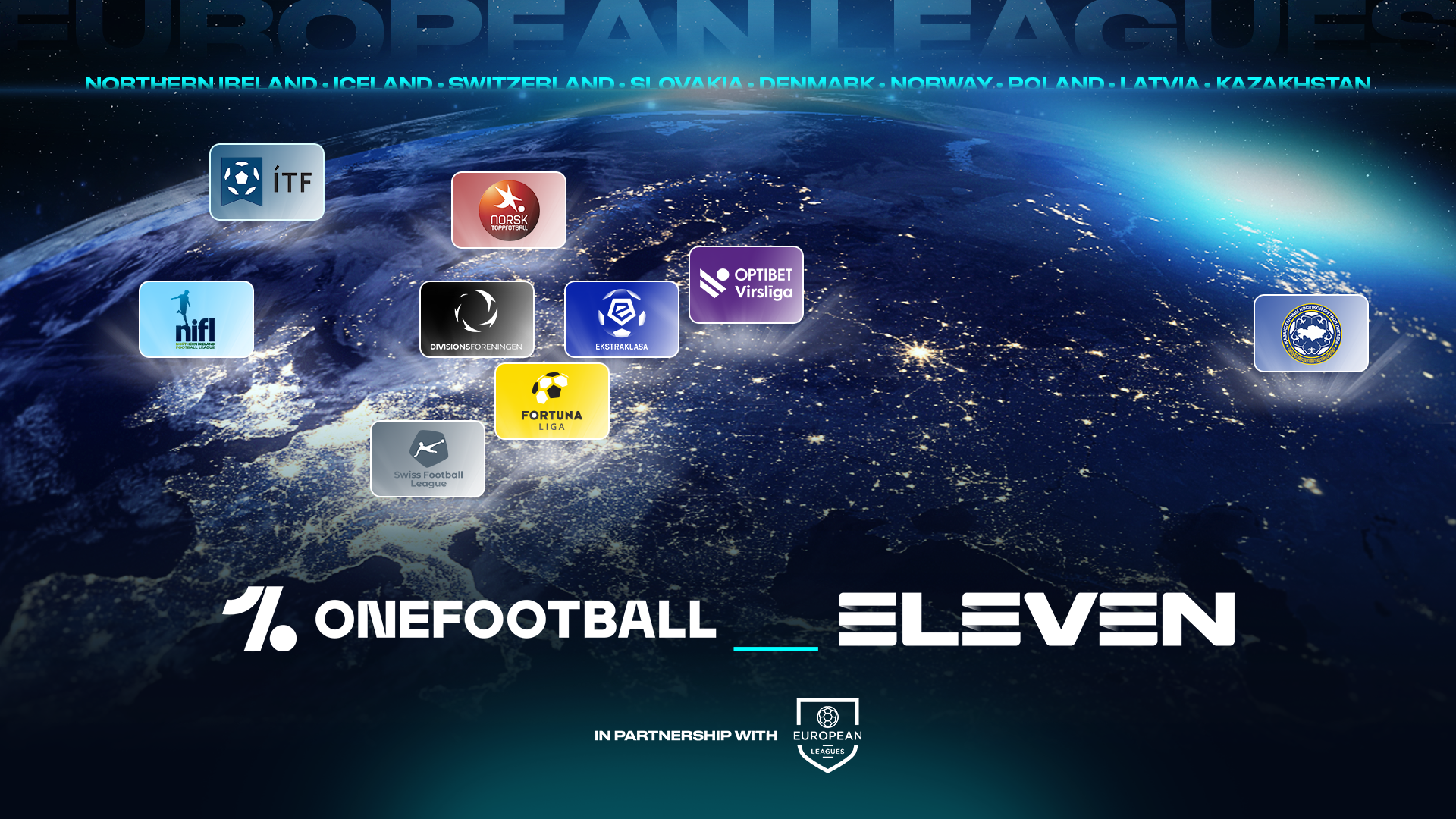 Eleven Sports and OneFootball have been awarded centralised international rights to nine different leagues from across Europe in what the broadcasters are describing as a ‘groundbreaking’ deal.

The deal with OneFootball and Eleven will ensure that fans will have access to ‘non-stop’ live football year round available free-to-air across select Eleven linear channels, and the ElevenSports.com and OneFootball platforms

Jacco Swart, Managing Director, European Leagues: “It is fantastic to see this international media rights partnership happening between 9 members of our Association and Eleven and OneFootball. It represents another innovative example of how we at the European Leagues aim to provide valuable services to our member leagues.”

Pedro Presa, Chief D2C Officer, Eleven Group: “We’re so excited to bring this fantastic offering of top-tier European leagues to our pioneering ElevenSports.Com platform. We want to deliver for fans who were previously unable to watch the teams they love play and we want to give all football lovers the chance to discover new leagues and players. This new deal enables us to deliver on that mission in a big way via OTT, linear distribution, and original content, and we can’t wait to get started.”