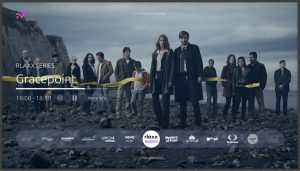 rlaxx TV, featuring linear as well as AVOD catalogues, includes features such as stop, fast-forward or rewind and provides access to a range premium niche channels in its video-on-demand library.

Viewers in the new countries will be able to view international channels such as Vevo Pop in France and Spain, Thrill One and Gusto TV, as well as channels specific to the region.

In France, viewers will have access to ACE TV, Les Patapons, The Boat Show, Horizon Sports, MotoRRacing and Vodmania.

The Spanish local channels, Garage TV, Animakids and Conexionsurfing are available along with rlaxx TV’s curated channels rlaxx Naturaleza, rlaxx Documentales and rlaxx True Crime in the country’s language in Spain.
The rlaxx TV app is available on smart TV brands and media streamers including Samsung, Amazon Fire TV, Android TV, Apple TV, Blaupunkt, Grundig, Hisense, Hitachi, JVC, LG, Medion, Metz, Panasonic, Sharp, Telefunken, Toshiba, Vestel and Xbox.
The platform, which launched in 2020, will be available on all OTT devices by the end of the year and further expansions into other markets will be announced in the next few months, according to the company’s management.
“With this extension, rlaxx TV is now available on approximately 85% of smart TVs in the countries we currently cover. We are delighted to share our continuously growing content catalogue with our valued viewers in these three Western European countries,” said Ronny Lutzi, CEO of rlaxx TV.