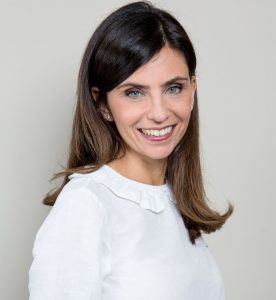 She joined Vivendi is 2012 as head of legal related to the group’s subsidiaries and mergers and acquisitions and was involved in the acquisition of EMI by Universal Music, the departure of Lagardère Group from its shareholding in Canal+, the sale of Maroc Telecom, the acquisition of Dailymotion and the group’s investment in production outfit Banijay Zodiak, among other things.

She became legal director of Canal+ Group and secretary general of Dailymotion in 2016.

“It’s a great pleasure to name Laëtitia to these new roles, essential for Canal+ Group. Laëtitia has shown at Canal+ Group and Vivendi her expertise, her capabilities and her capacity for work. Her involvement in multiple strategic projects has always been as vital as it is constructive. From the acquisition of the operator M7 for over a bill euros, to agreements with Disney+ and beIN Sports ,by way of numerous negotiations of sports rights, the career of Laëtitia is characterised by success. Her qualities and her experience will be essential to answer the challenges and ambitions of the group in France and internationally in the course of the coming years, I wish her, in the name of Canal+ Group, the greatest success in this post,” said Saada.