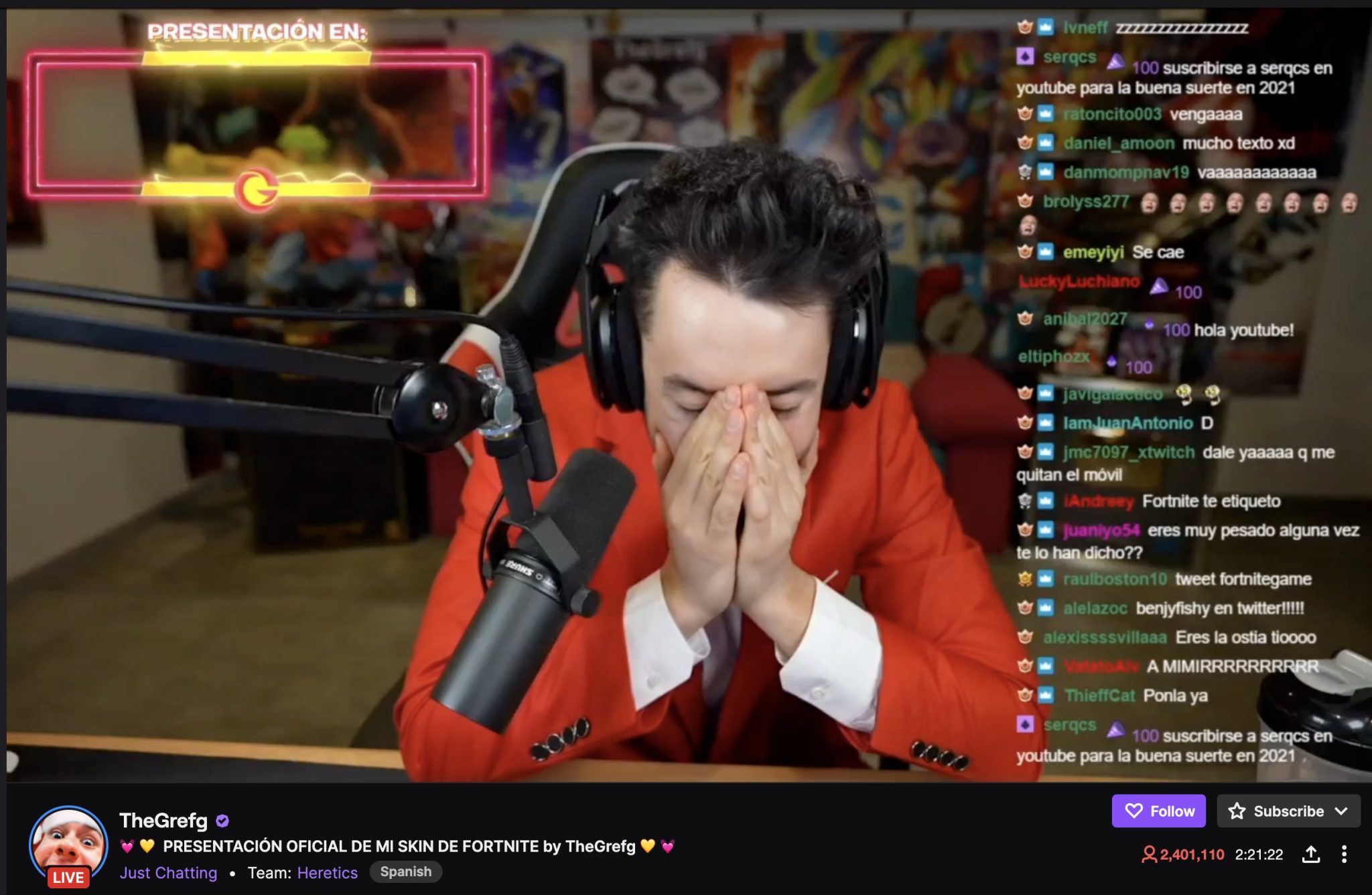 Spanish Twitch streamer David Martinez – better known as TheGrefg – smashed records on the Amazon-owned platform on the evening of January 11 with more than 2.4 million concurrent viewers.

The stream saw viewers eagerly waiting for the player to reveal his customised Fortnite skin. Partnering with Fortnite, one of the biggest games in the world, for a custom in-game skin is a right reserved for the game’s top creators. Martinez is only the eighth player to be given the honour, with the reveal evidently being an event in itself.

The previous record for concurrent viewers from an individual was also held by Martinez, as he hit 660,000 live viewers in December 2020 – once again in Fortnite. The record was previously held by Tyler ‘Ninja’ Blevins who achieved 635,000 viewers in March 2018.

The stream also broke Twitch’s viewer record for any kind of stream. The most-viewed stream from an organisation was held by esports league ELEAGUE TV, which at one stage had an all-time peak viewership of 1.09 million viewers.

Far from being a one off, Martinez owns one of the top channels on the platform, and – according to TwitchTracker – has an average viewership of 87,233. This makes the Spanish streamer the fifth most prominent channel on Twitch.

Despite the success of the record-breaking stream, the strain was felt on Twitch’s servers. Twitch confirmed that it was having some issues with chat and payment services during Martinez’s stream, while personalities on the site including political streamer HasanAbi asserted that the stream was “breaking Twitch servers”.