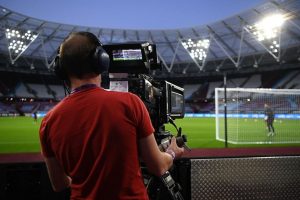 Project Big Picture, the plan to reform the English Premier League proposed by Manchester United and Liverpool, has been rejected.

Reports of the plan first emerged in the wake of the EPL’s controversial decision to make five matches per matchday exclusively available on pay-per-view via either Sky Box Office or BT Sport Box Office.

The proposal would have seen the country’s biggest clubs given greater power over decision making with the top six clubs effectively given the power of veto over any major decision making and a rethinking of broadcast money distribution. It also promised additional funding from the EPL to the English Football League and women’s game, and a reduction of the EPL’s size from 20 to 18 clubs.

The changes would have represented the biggest since the Premier League’s inception in 1992.

However, following an October 14 meeting of the Premier League, the proposal has been batted away via a unanimous decision – which includes the two Northern clubs that first presented the project.

A statement from the EPL confirmed as much, saying: “A league statement read: ‘All 20 Premier League clubs today unanimously agreed that Project Big Picture will not be endorsed or pursued by the Premier League or English soccer’s national governing body, the Football Association (FA).

“Further, Premier League shareholders agreed to work together as a 20-club collective on a strategic plan for the future structures and financing of English football, consulting with all stakeholders to ensure a vibrant, competitive and sustainable football pyramid.”

The Project had been widely panned by all corners of the sporting world, including by the Department of Digital, Culture, Media and Sport (DCMS), which issued a statement clearly stating that it was “surprised and disappointed” that “there appear to be backroom deals being cooked up that would create a closed shop at the very top of the game.”

Culture secretary Oliver Dowden dubbed the scheme as “Project Power Grab” and told EFL chairman Rick Parry – who had thrown his weight behind the proposal – to “stop being distracted over this latest wheeze.”

While the project has been universally rejected, it is worth noting that it still exists as a working document, and the first version was an idealised version of the top clubs’ wishes. Project Big Picture could make a comeback should the league be willing to discuss and negotiate its proposals.

One other measure to come out of the meeting was a rescue package for clubs in League One and League Two in order to ensure that they remain in business during the pandemic. The league announced that this package would include “grants and interest-free loans totalling a further UK£50 million on top of the UK£27.2 million solidarity payments already advanced to League One and League Two this year, making a total of UK£77.2 million.”