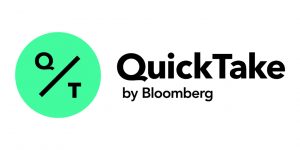 QuickTake is a pre-established brand for Bloomberg, with over one million followers on Twitter and over 430,000 on Instagram. It presents easy to digest short-form news updates from around the world on topics ranging from current affairs and business to lifestyle and health to a largely millennial audience. The brand was originally known as Tic Toc, but was renamed following the meteoric rise of the Chinese social media app.

While the brand is well-known on social media, Bloomberg is now taking QuickTake to OTT streaming platforms as a linear network. The company describes it as ‘first-of-its-kind’, and said that QuickTake will “cover global stories through the lens of business, using unconventional formats aimed at a new generation of business-minded leaders, entrepreneurs and professionals.”

The OTT network will launch with 10.5 hours of original programming per day, with the rest of the day populated by content created for social platforms. It will be available on the existing Bloomberg App on major over-the-top platforms, which currently features the deeper-looking Bloomberg TV.

The network will also offer original programming from Bloomberg’s studios across the world, including a nightly news show Off Script and weekly documentary series Storylines. Bloomberg said that it will announce more programming closer to launch.

Jean Ellen Cowgill, general manager of Bloomberg QuickTake and head of digital strategy and business development, said: “We are disrupting the traditional broadcast model with Bloomberg QuickTake, combining a premium, narrative-led approach to storytelling with the trusted insights of Bloomberg’s global newsroom, and creating an entirely new network. Our multi-platform video strategy connects our strong social presence with longer-form content on streaming.”